Let us go back to the age of Treta, fondly known as the era of Lord Rama who is believed to be the seventh incarnation of the Vaikuntha Nath Sree Narayan. The immortal words of the Lord still manage to ring in our ears: “Whenever there will be crisis on the Earth, I shall descend from the Heaven for its salvation”. Undoubtedly the Lord kept his words and protected us everytime from the clutches of evil souls!

Lord Rama was born on the “nobom tithi of sukla paksha” in Chaitra, the last month of the Bengali lunar calendar. It is still believed that all the planets and stars were in their exalted status during His birth! Rama was the first son of the King Dasharath and Queen Kausalya of Ayodhya. It has been penned that Dasharath performed Putra Kameshthi Yagna, as advised by the sage Vashishtha. After the successful completion of the Yagna, the Lord had appeared from the fire and gave the king a pail filled with ‘kheer’, a milk product and advised him to distribute it equally among all the queens. The advice was followed and the queens were blessed with four sons namely Rama, Laxman, Bharata and Sastrugna.

Right after their birth, the city of Ayodhya was lit up with lamps. Hedonism was unbridled across the streets of the city. This day is particularly celebrated on the birth anniversary of Lord Rama. The day begins with the offering of water to the Sun God for his blessings. The reason is obvious. The Sun God is believed to be the ancestor of Lord Rama. On one hand, the devotees visit his temples to worship him and seek his blessings and on the other, the image or statue of the Lord is washed and put in the cradle. New clothes and crown are used to beautify the image of the child Rama. Some also observe the ritual of inviting nine girls to their homes for Kanya Pujan. Halwa and puri are served.

The day signifies the end of adharma and the establishment of Dharma. It marks the victory of good over evil. And Sree Rama actually down to this earth to destroy the evil forces. In the course of time, Rama killed Ravana, the symbol of evil and rescued his spouse Sita from Ashok Vatika where she had been imprisoned! Today is Rama Navami. The boundless vim and vitality of the people is noticed, especially in the holy places like Ayodhya and Puri. The rituals performed are accompanied by the chanting of holy hymns. The fragrance of burning incense sticks breeds a divine ambience. The conch shells are blown, the meals of His choice are offered and the religious songs are sung for a complete experience! A profound realisation indeed!! 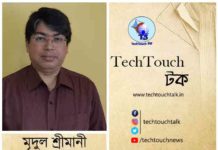 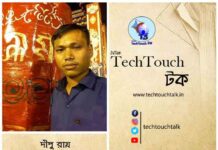