WHAT I CAN DO IN MY LIFE

Although, the mother of Rhea knew well that her daughter had two hearts by birth, she kept quiet for quite long years, due to unknown fear for this rarest of rare case. When the mother came to know about Rhea has fallen in love with Darwin, the mother of Rhea explained about this phenomenal to Darwin, who however, took this issue very lightly and agreed to marry Rhea, know well the pros and cons which may arise in future to Rhea.

Darwin has been in fond love affection with Rhea since marriage. The problem of Rhea having two hearts did not disturb Darwin and some-how Darwin doesn’t want Rhea to donate one of her heart, as a charity act. On one day Rhea told her mother and Darwin that she wanted to donate her one of her heart to an NGO to save a life of another. Rhea said that this is an exemplary act of mine and it is my firm decision to donate my heart. ‘Are you sure, Rhea?’ asks my mother.
‘Of course I’m Survival of the fittest mother. I’m not going against Darwin. Also I don’t want unnecessary scars on my body having two hearts which is against the human nature’ and against scientific anatomy.

The problem came to Rhea when she has gone for a medical test to know about her confined pregnancy. When all the scanning tests were performed at the hospital, the doctors were stunned to know about Rhea having two hearts and her pregnancy. Doctors opined that Rhea may confront some problems during her delivery time due to her two hearts, which is one of the rarest of rare cases in the history of medical science.

Rhea said to her hubby Darwin and to her mother that it’s a known fact that we are all born to die. And frankly, Rhea said, I don’t understand why it has to be made into such a big deal. If it were not for my mother I would have said that to the bunch of people outside my house, some of them with young kids, shouting slogans, waving placards, literally wanting me to cut one of my beating hearts out. “Save A Life. Donate!” they shouted. Rhea again said that having two hearts is a rarest of rare cases and I would like to donate one working right-side heart to the needy, to save another human life, even if it is risk to my life. The whole of nation knew of my having two hearts and though, I am medically and physically fit now, I would like to donate one of my heart, Rhea said to her mother and hubby Darwin.

It’s so rare – literally one in all humankind – those doctors didn’t even name the anomaly (as they call it, I will call it awesomeness). Rhea said further, that it is not an anomaly, but its anatomy, and as per human science, one human body should have one heart only. All human beings should have, as per nature science, two lungs, two kidney’s, two eyes, two arms, two legs, two intestines Etc., and one cannot have two hearts, which Rhea and Doctors opined. Therefore, Rhea was very firm to donate her one right side heart to the needy person, though whatever the repercussions she confronts at a later stage.
Specialist Doctors also briefed Rhea and her husband Darwin, about the possibilities of heart-failure during the course of right heart removal operation by explaining various aspects in the medical fraternity:-
For this, Rhea, hubby Darwin and mother sought for some time to give the consent. Rhea thought for several days on this operation and came to conclusion that by donating one of my live-heart, as a gift of life to another human being and thought that more than this‘WHAT I CAN DO IN MY LIFE’.
The State Government would sponsor for this operation, pre-operation and post-operation costs would be borne by the Government. Apart from this, Rhea and her family would be offered 500 square yards plot free along with free municipal building plan approval.
And also offer 3-bed room, hall, kitchen would be constructed on this plot by bearing the construction of building cost. Apart from this, cash sponsorship of (Five Million Indian Rupees) Indian Rupees 50 Lacs would be given from the local Maharashtra Government, as this one live-heart removal is conducted at one of the reputed Hospitals at Mumbai-India.
After a month’s of time, Rhea and her hubby decided that Rhea to go in for this of operation. Rhea gave her willingness to give one of her live-heart as Donation to the needy person and all the arrangements were made at the Mumbai Hospital for this great ever heard removal of one of the right side live-heart. In this aspect, Medical & Legal Experts opinion and Legal sanctity have been obtained by the Hospital Management and the Doctors were given the permission to perform this operation. On one good and auspicious day, the operation for this live-heart transplantation has been fixed and the total operation was a successful one.
Rhea was discharged after a month’s time from the hospital. She has been given post-operation medicines and she recovered fast. As assured and promised by the Government and NGOs, Rhea was given 500 square yards plot and registration completed. She was also given the construction of the building cost apart from Rupees 50.00 Lacs cash by the Maharashtra Government immediately no sooner Rhea was discharged from the hospital.
Media, TV channels, News Papers through-out the World have published this successful live-heart removal operation from Rhea’s body which she has donated as a charitable gesture to the needy person. The Medical Experts of the world praised Indian Doctors for their effort in successfully removing one of the live-heart and arranging to the needy person. Rhea, Darwin and their close relatives were very happy for this successful operation, which gained a huge popularity, fame throughout the world for this kind gesture of Rhea donating her live-heart
This is a God Blessed Love, Affection, Long Live Love, Never disturbed Love, and it’s a successful & long lasting Love of Rhea and Darwin in the history of Science never heard of. 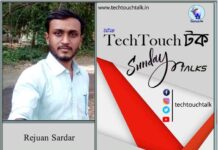 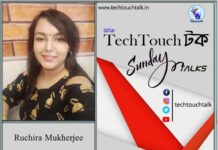 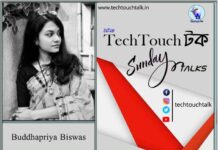